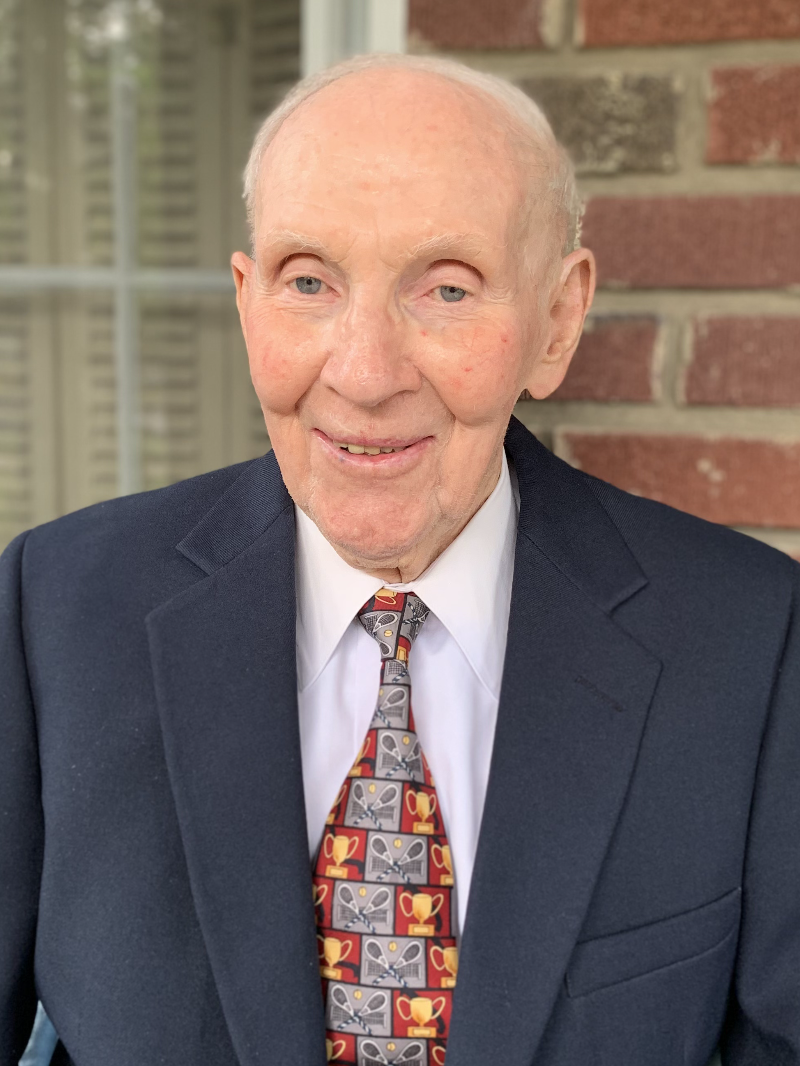 Charles Milton Hodgin, 90, widower of Marian Budd Wilson Hodgin to whom he was married 56 years, died Friday, April 2, 2021. Born in Greensboro, NC, he was a son of the late Jabez Newlin Hodgin and Mabel Wyrick Hodgin. Mr. Hodgin was a longtime member of First Presbyterian Church where he served as a Deacon and Sunday School teacher. He attended Catawba College with a basketball scholarship and played baseball one year, graduating with a BS in Physical Education. Upon graduation, he joined the U. S. Coast Guard serving four years on the Cutter “Mendota” and was a veteran of the Korean War. He then entered graduate school at the University of North Carolina Chapel Hill where he earned his master’s degree in education. He was a retired teacher of history and driver’s education, transportation/bus supervisor and head basketball and tennis coach at Edmunds High School. His competitive spirit, sportsmanship, honesty, and integrity along with his instruction and leadership skills were instrumental in building tennis in Sumter for more than fifty years. He influenced the development of the 24-court Palmetto Tennis Center where the Center Court is named in his honor. He is regarded as an icon of grassroots tennis and his support for tournaments helped grow the game and instill a love of tennis in those he taught, partnered with, and competed against. He was inducted into the South Carolina Tennis Hall of Fame December 7, 2019. Surviving is a son, Charles Milton Hodgin, Jr. (Beth); a daughter, Marian Hodgin Carnes (Mike); a sister, Ruth H. Baca; grandchildren, Kathleen Sykes Hodgin, Mary Scott Hodgin (Alberto Enes Romero), Matthew Edward Carnes, Mark Hodgin Carnes and numerous nieces and nephews. In addition to his wife, he was preceded in death by a son, Mark McCulloch Hodgin, two brothers, W. Howard Hodgin and Dave N. Hodgin; two sisters, Sarah H. Echerd and Mary H. Bobb. Graveside services will be held at 11 A.M. Saturday in Evergreen Memorial Park Cemetery with Rev. Dr. Jack Baca officiating. The family will receive friends following the graveside service. All attendees are required to wear masks and practice social distancing. Memorials may be made to The S. C. Tennis Patrons Foundation that provide scholarships and grants to junior players and programs focusing on youth. Checks can be mailed to: SCTPF, P. O. Box 843, Belton, SC 29627 or to Sumter Senior Services (Meals on Wheels), P. O. Box 832, Sumter, SC 29151. On-line condolences may be made at www.sumterfunerals.com Elmore Hill McCreight Funeral Home & Crematory, 221 Broad Street, Sumter, is in charge of the arrangements (803) 775-9386.