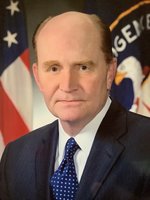 John Morgan Bevan, Jr. passed away on March 17, 2021, at his home in Sumter, South Carolina. For twenty-five years, Mr. Bevan served with distinction in the CIA and received one of the highest honors bestowed by the CIA inclusive of the “wall of honor at headquarters” for his work in Greece. This medal acknowledges operational successes by those who gave the ultimate sacrifice in foreign posts. Following 9/11 John was flown back to the states and had a strategic role in tracking terrorists groups responsible for that attack on our country. Mr. Bevan went on to serve in posts in France, Denmark, and Turkey. After he retired from the CIA, he worked as Analytic Director at Centra Technologies, Arlington VA. He and his wife, Kathryn, moved to Sumter in 2019. John Bevan, Jr. was the son of John Morgan Bevan and Louise Dabbs Bevan, who both retired at her family home outside of Mayesville. He graduated from Davidson College and was the recipient of the Watson Fellowship during which time he studied in Greece. A lover of botany, country music, fine cuisine and the Black River Swamp, he used his good looks to cloak himself in mystery and intrigue. Choosing a career that perpetuated that image, he often used humor to sidestep the endless questions that peppered his whereabouts. “Just what is it you do, John?” was always answered with the line, “If I told you, they’d have to kill you.” A man driven by a conviction of absolute right over wrong he literally carried the weight and welfare of the country on his shoulders. Ultimately, it was more than his body could physically withstand. Mr. Bevan is survived by his wife, Kathryn, a daughter, Alexandra Bevan of Brisbane, Australia, and a son J. Rhys Bevan and his wife, Maire Catherine and one granddaughter, Betty Alice, who live in Chicago. He was predeceased in death by an infant, Victoria Morgan, his parents and a younger sister, Megan Anne Bevan. He leaves his two sisters, Brenda Bevan Remmes, Elizabeth Kay Bevan and her husband Daniel Clodfelter, and his mother-in-law, Alice Romanik and his brother and sister-in-laws, Donald and Margaret Romanik. Numerous cousins in the Dabbs and Bevan families also mourn his loss. The family plans a private gathering at a later date. Memorial donations may be made to Salem Black River Cemetery Fund in care of Nancy Wilson, 228 Haynesworth St., Sumter, SC 29150; or a non-profit of choice. Elmore Hill McCreight Funeral Home & Crematory, 221 Broad Street, Sumter, is in charge of the arrangements (803) 775-9386.