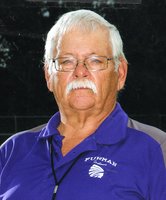 Mr. Ammons was a member of Pinewood Baptist Church.  He was a retired truck driver and was a former coach at several Sumter County schools.

Burial will be in the Pinewood Cemetery.

The family will receive friends from 1 P.M. to 2 P.M. Saturday at the church.