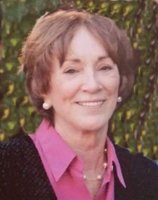 Sara Carolyn Brown, 81, passed away peacefully Sunday morning, January 10, 2021, with her family by her side. Born in Sumter, she was a daughter of the late William Jacob Brown “Pop-pop” and Eunice Sarah Young “Sa-sa”. She and her twin sisters, Billie and Bettie were legendary Gamecocks at Sumter High School. Her life took her to Limestone College where she graduated in 1961 with a Home Economics degree. After a brief time as a schoolteacher in Indian Town, SC she married Silas Coley Brown. In the late 70’s Carolyn started a second career in food service at the SC Department of Mental Health. It was there that she will always be remembered as caring, loving, and extremely devoted to her family and friends. She lived her life on her own terms and always found a way to overcome the obstacles in front of her. As her life progressed, she was the consummate homemaker, always provided for her children and their friends. No one ever went without a hot meal at the Brown house. She was an avid dancer and a shagging afficionado. She was the best crabber west of Parris Island, SC. She also was an artist. She spent countless hours painting pictures and murals at home and at the hospital to brighten the days of those around her. She made dolls by hand for the less fortunate children to lift their spirits. She was a member of Riverland Hills Baptist Church in Columbia. She devoted her life to the Lord. Jesus was her one and only. She worked tirelessly on mission trips and constantly gave her time to church and other religious functions. She graciously cooked for those less fortunate. Later in life all she wanted to be was Grandma and MeeMaw. Surviving are three children, Merewynn Summers, William Coley Brown (Ellen), and Anne Courtney “AC” Greene (Darren); eight grandchildren who were the lights in her eyes, Beth O’Meara, Garett Summers, Lauren Summers, Ellenor Brown, Sarah Brown, Coley Brown, Jr., Jennings Greene and Ryan Greene; her great-grandchild, Adaline O’Meara; her twin sisters, Billie Brown Bennett and Bettie Brown vanEsselstyn (Klaas). A Celebration of her Life will be held Wednesday, January 13, 2021 from 1 P.M. to 4 P.M. at the home of her son, Ellen and Coley Brown at 484 N. Kings Grant Drive, Columbia, SC 29209. Memorials may be sent to the Riverland Hills Baptist Church, Romanian Missions, 201 Lake Marion Boulevard, Irmo, SC 29063. On-line condolences may be made at www.sumterfunerals.com Elmore Hill McCreight Funeral Home & Crematory, 221 Broad Street, Sumter, is in charge of the arrangements (803) 775-9386.